The UNWTO regional commission finished its meeting in Athens. World Tourism Network board member represented Montenegro voiced the importance of the Balkan region in the global travel and tourism industry.

The UNWTO Europe Commission met against the backdrop of the latest UNWTO data and perspectives on international tourism and in the context of continued calls for coordination to restart tourism to support not only the sector but also wider economic and social recovery.

“Europe has the chance to lead the global restart of tourism, safely and responsibly,” said UNWTO Secretary-General Zurab Pololikashvili. “The political support we are witnessing today is proof of tourism’s relevance beyond our own sector, building trust and getting societies and economies moving again,” he added.

This was echoed by Prime Minister Kriakos Mitsotakis, who commended UNWTO’s leadership and reaffirmed his country’s commitment to direct resources towards restarting sustainable tourism. The Commission focused on the practical steps UNWTO is taking to guide the restart of tourism and support the millions of jobs and businesses across Europe that are reliant on the sector. This includes the strengthened partnership between UNWTO and the European Bank of Reconstruction and Development. As outlined during the meeting, the two institutions will work together to deliver technical assistance designed to drive economic recovery in several European countries, including Greece, as well as Croatia, Montenegro, Georgia, Tukey, and Turkmenistan.

Tourism’s importance to the European way of life was further recognized by the Vice President of the European Commission. Margaritis Schinas, who has previously participated in UNWTO’s Global Tourism Crisis Committee, representing the European Commission, as governments and both public and private sector leaders jointly work to address the impacts of the pandemic on tourism and plan the coordinated restart of the sector.

Hosting and chairing the Commission, Minister of Tourism of Greece, Harry Theoharis, underscored the country’s firm political and practical support for UNWTO and for global tourism from the very start of the crisis. Greece, one of the world’s top tourism destinations, has been an active member of UNWTO’s Global Tourism Crisis Committee from the start of the pandemic. As Chair of its Technical Group, Minister Theoharis has guided public and private sector leaders in drawing up practical solutions to the biggest challenges facing tourism, including harmonized protocols for the safe restart of the sector, not only in Europe but worldwide.

Under the Minister’s leadership, the Greek Ministry of Tourism announced the establishment of the first center dedicated to measuring sustainable development of coastal and maritime tourism in the Eastern Mediterranean, with the collaboration of UNWTO. The research and monitoring center will be based at the University of the Aegean and will capture and analyze data relating to the environmental, economic, and social impact of tourism.

The meeting concluded with elections and nominations for positions within several UNWTO bodies. Five countries were nominated to represent Europe on the UNWTO Executive Council (Armenia, Croatia, Georgia, Greece, and the Russian Federation). Alongside this, Hungary and Uzbekistan were nominated as candidates for the role of Vice Presidents of the General Assembly, and Azerbaijan and Malta were nominated to serve as members of the Credentials Committee. Finally, Greece was nominated to serve as Chair of the UNWTO Commission for Europe, with Bulgaria and Hungary nominated for its two Vice Chair positions. Members elected Armenia to hold the next meeting of the UNWTO Commission for Europe. 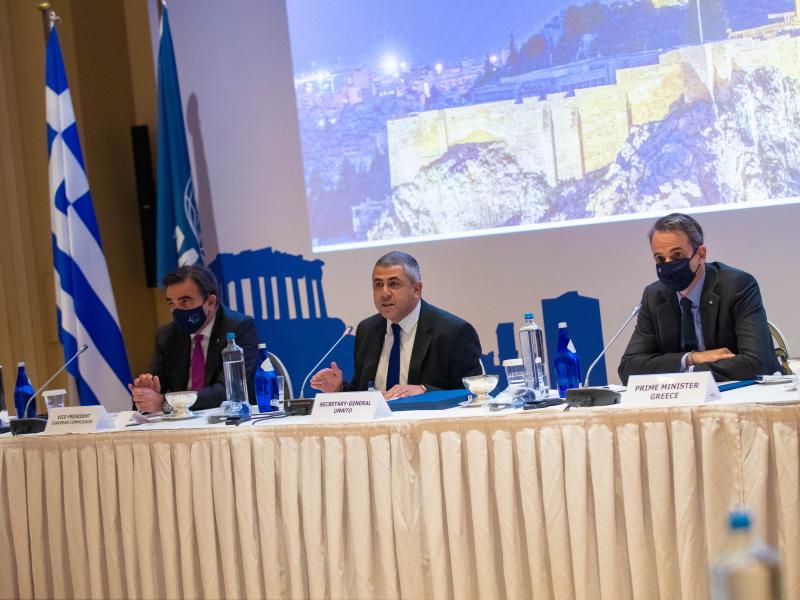