Uganda’s Tourism Minister, the Honorable Maria Mutagamba, launched the Ten-year National Rhino Strategy in the country’s capital, Kampala, yesterday. This was at the start of three-day deliberations held at the Kampala Sheraton Hotel attracting industry experts’ locally, and participants from the region and overseas.

At the turn of the 20th century, when the African plains captivated the romanticism of western explorers, Africa played host to famous statesmen including American President and naturalist Theodore Roosevelt and Sir Winston Spencer Churchill, Great Britain’s war-time Prime Minister and hero whose trip to Africa inspired his book, “My African Journey.”

On the cover page is his visage in triumph, over a lifeless rhino taken in 1907 in the Ajai Wildlife Reserve, located Northwest of Uganda, an absurd premonition of their impending fate.

A decade and a half later in 1924, an article in the bulletin of Zoological Society of New York was to draw attention to the danger of extinction of the northern white rhinos where efforts to save the rhinos from extinction began.

By 1951, the total white rhino population of the West Nile District was estimated to have risen to around 300 individuals and to about 350 by 1955. 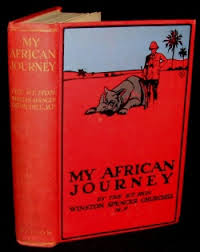 However, with pragmatic efforts by the government of Uganda and with support of the World Wildlife Fund (WWF), the Ministry of Tourism Wildlife and Antiquities (MTWA) has set a robust legal framework and rhino conservation strategy premised on:

– Aligning with the 1995 Constitution of Uganda which inter alia mandates the state including local governments to create and develop national parks, wildlife reserves, and recreation areas and ensure conservation of natural resources.

– Guiding and providing direction for rhino conservation and management in Uganda

– And to seek technical, financial, and material support both locally, regionally, and globally geared towards rhino conservation in Uganda

The honorable minister expressed government’s appreciation to those who founded the Rhino Fund Uganda (RFU) in May 1997; Ray Victorine and Dr. Eve Abe whose efforts in bringing back the Rhino to Uganda were instrumental in offsetting the extinction of Rhinos suffered during the years of insecurity.

“It is against this background that the country has embarked on among other developments, species- specific management plans and strategies to ensure that conservation is in tandem with regional and international best practices. These include the Shoebill Action Plan and Crested Crane Action Plan. The development of the Rhino Strategy is, therefore, timely and relevant to these species-specific plans.” 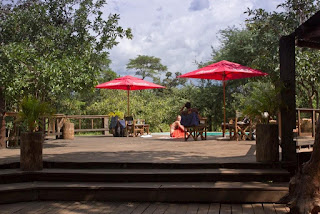 In his welcome speech, the Executive Director of the Uganda Wildlife Authority, Dr. Andrew Seguya, said: “Uganda as a rhino range state is a member of both the East Africa Rhino Management Group (ERMG) and the African Rhino Specialist Group (AfRSG) and is delighted to take her rightful position and manage rhinos in accordance with the highest levels of standards and ideals of the group. The development and implementation of the National Rhino Strategy for Uganda is guided by both the Uganda Wildlife Policy 2014 and the Uganda Wildlife Act Cap 200 of 2000 that, in part, mandates the Executive Director to develop strategic plans to guide the Authority in achieving its objectives.”

The main issues that are being addressed include: Habitat loss and modification, security, poaching, international markets and geopolitics, diseases and other health challenges, inbreeding depression, human-wildlife conflict, oil, and infrastructure and tourism development.

Perhaps Churchill and even Roosevelt could be exonerated for failing to predict two World Wars let alone decades later that rhinos were to be driven to extinction in Uganda.

Recovery efforts on ground are, however, beginning to bear fruit, for under the Rhino Fund Uganda headed by Angie Genade, Uganda is breeding her new rhino population totaling to sixteen including two at The Uganda Wildlife Education Centre in Entebbe and the rest at Ziwa Rhino Sanctuary where more births are expected this year.

Located two hours from the capital, Kampala, the Ziwa Rhino Sanctuary is an ideal stopover for tourists traveling or returning from Murchison Falls or Kidepo Valley National Parks, on a weekend break or excursion to track the two-ton beasts. Amuka Lodge nestled within the sanctuary also provides rustic accommodation for visitors.

The sanctuary also hosts prolific birdlife including habitat to the rare Shoebill Stork, oribi, bushbuck, Uganda kob, hippo, and 15 mammalian species. The long-horned cattle from the neighboring communities have also been granted grazing rights by the sanctuary in collaboration with local herdsmen whose cattle are nourished while in turn they help maintain the grass.

In decades to come, it is hoped that rhinos shall be returned to their original habitat, perhaps where the ghost of Churchill still looms over the empty plains of Ajai, fifty years after his passing.