Canada: The Minister of Culture and Communications makes two announcements 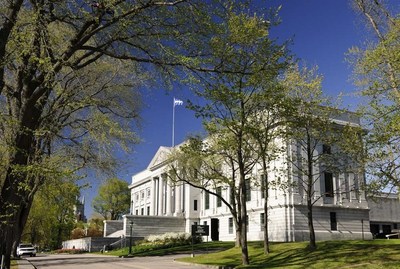 In the presence of Minister of Culture and Communications Nathalie Roy, the Musée national des beaux-arts du Québec (MNBAQ) had the privilege to announce the presentation of an exhibition of works by Pablo Picasso (1881–1973), the world’s best-known artist, whose masterpieces celebrate in an exemplary manner the beauty of striking bodies. Presented during an exclusive Canadian engagement from June to September, 2021, Picasso à Québec will feature paintings and drawings never before presented in Québec of one of the 20th century’s most important, prolific artists.

“One of the Québec government’s priorities is to make accessible to Quebecers works such as the masterpieces of Picasso, a world-renowned artist of genius, and thereby raise the profile of the Capitale-Nationale and the MNBAQ,” Minister of Culture and Communications Nathalie Roy noted.

Picasso is more relevant than ever

Designed by the Musée national Picasso-Paris (France) based on its remarkable collection, in collaboration with the MNBAQ, this new exhibition will assemble a selection of 77 works, including 45 major paintings produced between 1895 and 1972. The MNBAQ is focusing on a key facet to which Picasso devoted himself throughout his career, the multiform representation of the human body, and the exhibition will enable visitors to appreciate and, above all, become more aware of, unusual beauty.

The exhibition will be a highlight in 2021 in Québec and will showcase the MNBAQ during the summer. A $1-million contribution from the Ministère de la Culture et des Communications is making it possible.

“This exhibition will enable the MNBAQ to position itself as an initiator of social change and a vector of well-being by celebrating body diversity. Through this major contribution, the MNBAQ will not only present in Québec City an exhibition of the works of a key figure in the history of world art, but also promote the acceptance of body diversity by fostering varied, robust, timely discussion of positive body image,” noted enthusiastically Jean-Luc Murray, Director General of the MNBAQ. “I would like to sincerely thank the Ministère de la Culture et des Communications for its unfailing support. Many Quebecers will be able to enjoy a major new international exhibition in the Capitale-Nationale through this special grant to museums,” he added.

Infinite exploration of the body

The exhibition, designed as a thematic retrospective, focuses on the representation of the body in Picasso’s work. The body was truly one of the artist’s favourite subjects, a fertile prism through which to grasp the numerous metamorphoses inherent in his work. From portraits to more allegorical representations, starting with classicism when Picasso was studying fine art, until the abstraction that is his hallmark, the body is the focus of projections and reflections that are at once intimate and aesthetic. In Picasso’s hands, the body is deconstructed, reconstructed, and constantly transformed, and turns into plastic figures that both reveal part of the history of this unusual genius and the history of artistic modernity.

The exhibition hinges on seven themes, Portraits, Cubist and Post-cubist Anatomies, The Magic of Bodies, On the Beach, Extreme Tension, Monsters, Nudes and Disguises, and will essentially encompass Picasso’s paintings and graphic artworks, ranging from the Spanish master’s formative years to the final canvases in the last period. It will also include a remarkable array of sculptures that evoke the multidisciplinary dimension of the work of this eternal explorer. The works include Man with a Guitar (1911), The Acrobat (1930), Figures by the Sea (1931), Jacqueline with Crossed Hands (1954) and Luncheon on the Grass, After Manet (1960), masterly paintings that represent the outstanding periods of the artist’s career.

The Musée national Picasso-Paris in a nutshell

The Musée national Picasso-Paris, inaugurated in 1985, assembles the  most extensive collection in the world of the artist’s works and covers all periods of his career. Created from the Picasso donation transferred to the French government by the artist’s heirs following his death, it is in the Hôtel Salé in the 3rd district of Paris. Picasso’s personal collection, which he assembled during his lifetime, comprising works by his friends (Braque, Matisse, Miró, Derain) and masters that he admired (Cézanne, Le Douanier Rousseau, Degas), was also donated to the government in 1978 and was added to the Picasso museum collection. In 1990, four years after the death of Jacqueline Roque, Picasso’s wife, the museum received a new donation that rounded out the initial collection. In 1992, Picasso’ personal archives were given to the government. The archives contain thousands of documents and photographs covering Picasso’s entire life. They make the Picasso museum the foremost centre devoted to the study of the artist’s life and work.

The Musée national Picasso-Paris, in collaboration with the MNBAQ, has designed the Picasso à Québec exhibition, made possible by a contribution from the Mesure d’aide financière à l’intention des musées d’État pour des expositions internationales majeures.

In the spring of 2021, the Gérard Morisset Pavilion at the Musée national des beaux-arts du Québec (MNBAQ) will undergo a facelift through a $2.5-million investment under the Québec Infrastructure Plan of the Ministère de la Culture et des Communications (MCC).

“The Québec government is taking an essential step for the Capitale-Nationale that is also vital for our heritage by ensuring the preservation of the architectural beauty of the original building in the MNBAQ museum complex, inaugurated in 1933. The Gérard Morisset Pavilion will continue to majestically overlook the ring of the Plains of Abraham and is an asset of which Quebecers can be proud,” Minister of Culture and Communications Nathalie Roy said this morning at the MNBAQ.

Lafond Côté Architectes proposed a three-year intervention plan in its expert report in 2014. The architects recommended carrying out the work in three phases, starting with the chimney and its adjacent façades, a priority element. Extensive masonry work will begin in April 2021 and is slated for completion in 2023.

The pavilion will be accessible during the work

“Preservation is central to our mission at the MNBAQ. We are preserving 40 000 artworks in the national collection, but it is also our role to ensure the preservation of the built heritage, that is, the four pavilions that make up the Québec City museum complex. I would like to thank the MCC for doing everything to ensure that we maintain Quebecers’ heritage,” added Jean–Luc Murray, Director General of the MNBAQ. “We are pleased to announce that, despite the work, the Gérard Morisset Pavilion will be accessible to visitors, who can take advantage of the 350 Years of Artistic Practices in Québec exhibition drawn from our collections, which occupies five of the seven exhibition rooms in the historic building, but also all facets of future programming,” he concluded.