From the 1st June to the 2nd July, bookings for July and August from the USA to the Dominican Republic fell by 84.4% compared to the equivalent period in 2018. However, daily data reveals that bookings bottomed on June 19th, two days after the death of Vittorio Caruso and they exceeded cancellations again on June 26th. In the two months prior to the deaths on 30th May of Nathaniel Holmes and Cynthia Day, bookings had been up 2.8%. 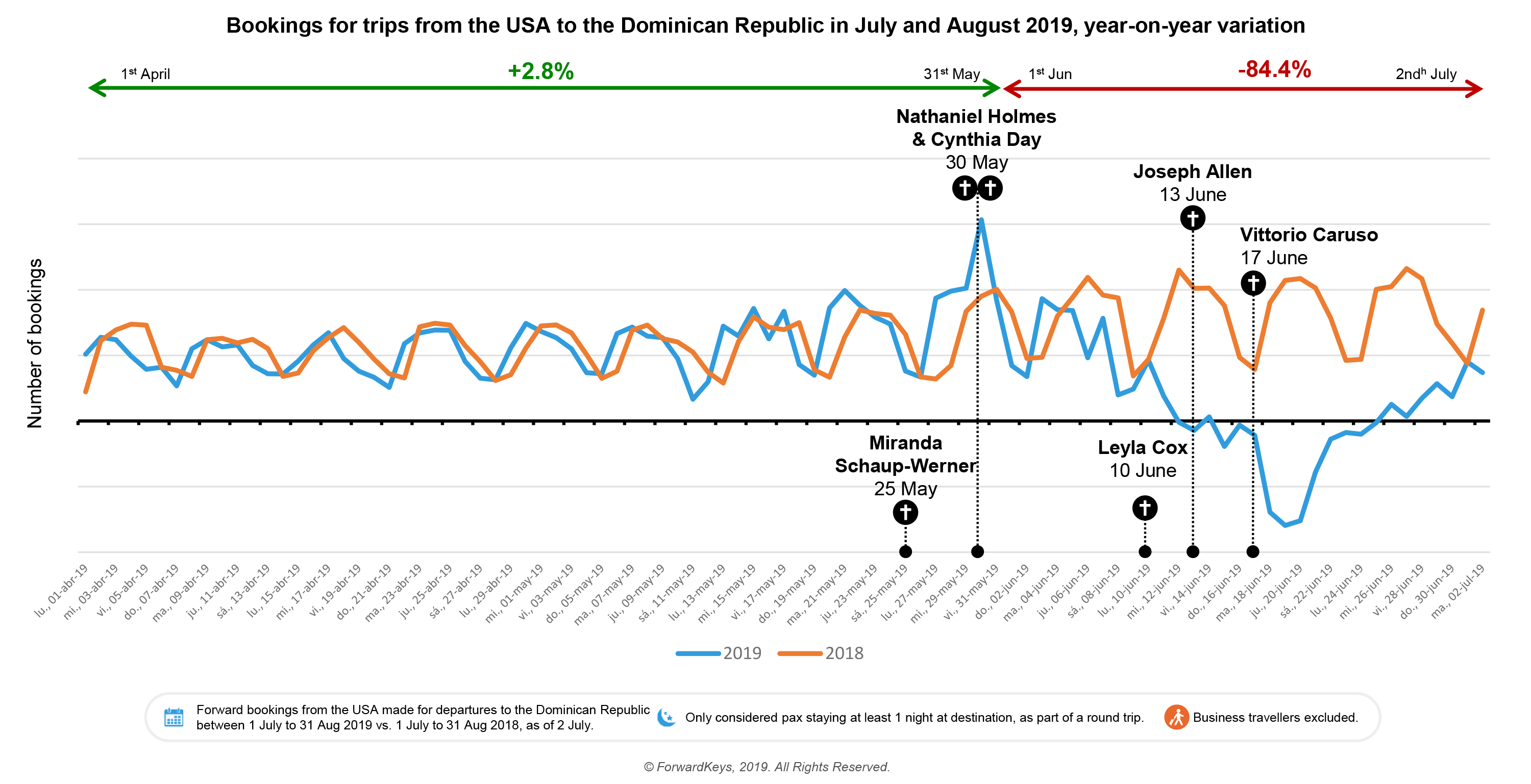 An expert said;“The deaths of US citizens which occurred around the end of May and early June triggered an avalanche of media interest and speculation. That kind of attention was bound to put some holidaymakers off and indeed that is what we saw. I am greatly relieved for the Dominican Republic that the crisis in confidence appears to be abating and I am hopeful that it will be relatively short-lived, particularly if there are no more deaths and if the current FBI investigation establishes a clear cause of death in each case and none of the causes was sinister.”