President Trump to impose Martial Law in the United States? Cathryn Pikett from Kansas wants President Donald Trump to declare Martial law in the United States, so he can stay in power. It appears President Trump agrees with Cathryn.

Cathryn posted on her Twitter today: Mr. President use Martial law, whatever you need to do. We Patriots are ready to do what we have to do to protect our children’s future. Please, please!!!!!! Thank you for all your doing. God bless our USA.

Cathryn Pikett joined Twitter only yesterday and follows the president and supporters like Rep. Jim Jordan from Ohio, who posted to his own Twitter today “Make America free again.”

Also on Friday and fresh out of jail after pardoned by President Trump, former national security adviser Michael Flynn was invited to a meeting at the White House, where Trump reportedly asked him about invoking martial law.

During this White House meeting on Friday, President Donald Trump floated the idea of naming conservative attorney Sidney Powell as a special counsel to investigate his election loss to President-elect Joe Biden, according to multiple media reports.

According to Politico, the debate grew heated and voices were raised.

In the Oval Office meeting, which was first reported by The New York Times, Trump discussed with his advisers the possibility of appointing Powell to investigate election fraud claims and potentially seizing voting machines that Trump has claimed were rigged against him.

Most of the advisers at the White House meeting, which included Powell, were opposed to the ideas. According to the New York Times. Among those objecting to the suggestion of Powell as special counsel were Trump’s personal attorney Rudy Giuliani, who joined by phone. Giuliani is sick with Coronavirus.

Martial law in the United States refers to times in United States history in which a region, state, city, or the whole United States was placed under the control of a military body. On a national level, both the US President and the US Congress have the power to impose martial law since both can be in charge of the militia.[1] In each state, the governor has the right to impose martial law within the borders of the state.[2] In the United States, martial law has been used in a limited number of circumstances, such as New Orleans during the Battle of New Orleans; after major disasters, such as the Great Chicago Fire of 1871, the 1906 San Francisco earthquake, or during riots, such as the Omaha race riot of 1919 or the 1920 Lexington riots; local leaders declared martial law to protect themselves from mob violence, such as Nauvoo, Illinois, during the Illinois Mormon War, or Utah during the Utah War; or in response to chaos associated with protests and rioting, such as the 1934 West Coast waterfront strike, in Hawaii after the Japanese attack on Pearl Harbor, and during the Civil Rights Movement in response to the Cambridge riot of 1963.

The martial law concept in the United States is closely tied with the right of habeas corpus, which is, in essence, the right to a hearing and trial on lawful imprisonment, or more broadly, the supervision of law enforcement by the judiciary. The ability to suspend habeas corpus is related to the imposition of martial law.[3] Article 1, Section 9 of the US Constitution states, “The Privilege of the Writ of Habeas Corpus shall not be suspended, unless when in Cases of Rebellion or Invasion the public Safety may require it.” There have been many instances of the use of the military within the borders of the United States, such as during the Whiskey Rebellion and in the South during the Civil Rights Movement, but those acts are not tantamount to a declaration of martial law. The distinction must be made as clear as that between martial law and military justice. Deployment of troops does not necessarily mean that the civil courts cannot function, which is one of the keys, as the US Supreme Court noted, to martial law.

In United States law, martial law is limited by several court decisions that were handed down between the American Civil War and World War II. In 1878, Congress passed the Posse Comitatus Act, which forbids US military involvement in domestic law enforcement without congressional approval.

Throughout its history, the United States underwent several examples of the imposition of martial law, aside from during the American Civil War. 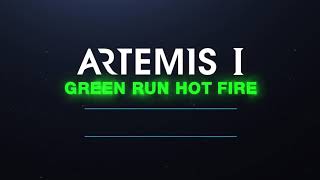