“Today morning, Rhino Fund Uganda received a new-born calf. Its mother is called Uhuru. This birth took place at Uganda’s Rhino Sanctuary in Nakasongola district. It brings the rhino population at the Sanctuary to 34.”

Confirming the news, Rhino Fund Executive Director Angie Genade said: “Mother Uhuru is a seven-year-old that was born here on the sanctuary. This is her second calf. This new arrival’s father is 11 years old; Augustu also [was] born on Ziwa Rhino Sanctuary. The calf is a male and is very big and strong and at one day old has already wallowed in the mud with is mother.

“We are expecting another birth in January and this time from Uhuru’s mother, Nandi. The Ruparelia Foundation, sponsors of the program, will be naming this calf and has made a donation to the sanctuary to assist with ranger salaries during this COVID-19 pandemic. A soon as the name is given, it will be made public.”

Happy Update: The bundle of joy has since been named Rae Ruparelia. So far, the Ruparelelia Foundation has spent $5,000 for naming rights and has pledged to continue supporting Rhino Fund Uganda.

A donation from Disney’s Animal Kingdom in Florida, USA, Nandi remains one of the sanctuary’s beacons of hope for successful breeding efforts and eventual return of the rhino to their rightful habitat in the wild.

In 2015, the  country embarked on a Rhino Conservation Development Strategy for the return of the Eastern Black rhinos and the Northern White Rhinos. By the early 80s, following civil unrest in the country, the rhino population was virtually wiped out.

It was not until 1997 when Rhino Fund Uganda was launched that the eventual reintroduction of the rhino happened in 2001 when 2 southern white rhinos from Solio Ranch in the Laikipia district in Kenya including a female named Kabira and sponsored by Ruperelia Group along with Sherino, a male named and sponsored by Sheraton Hotel Kampala, arrived at the Uganda Wildlife Education Centre (UWEC) on the initiative of Dr. Eva Lawino Abe and Ray Victorine then with the tourism ministry.

Southern white rhinos are red-listed on the International Union for Conservation of Nature (IUCN) as near threatened.

There remains faint hope for the northern subspecies virtually extinct in the wild and on the critically endangered IUCN listing since the IVF embryonic insemination from deceased northern whites to southern surrogate mothers under the Kenya Wildlife Services (KWS) in collaboration with an Italian laboratory in August 2019.

Black rhinos remain on the critically-endangered listing although their numbers are improving thanks to recent conservation efforts. 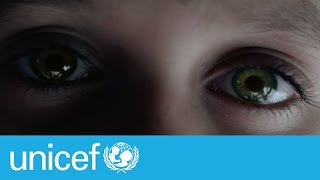