WOW air, Iceland’s only ultra low-fare airline, will connect Tel Aviv with Montreal and Toronto, offering four flights each week starting September 12, 2017. One of the lowest fares ever from North America to the modern, cosmopolitan city of Tel Aviv, Israel, will be available for booking starting on May 16, 2017 starting as low as C$199. 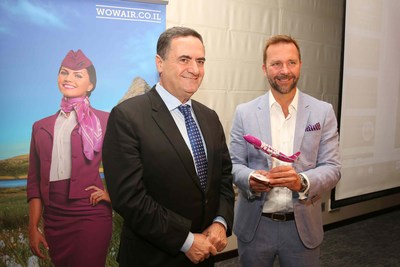 “We are thrilled to add Tel Aviv to our growing list of overseas destinations for Canadians,” says Skúli Mogensen, CEO of WOW air. “By adding a third continent to our ever-expanding roster of destinations, we can continue connecting Canadians with their dream destinations at the best possible prices.”

Passengers will still be able to take advantage of the WOW Stopover and make the most of their layover time by staying in Iceland for as long as they wish. It gives travellers the flexibility to break up a long-haul journey while taking in everything Iceland has to offer, all on the same trip. Relax in the geothermal spa at the famous Blue Lagoon in Iceland, and then make sure to have a mud bath and float in the Dead Sea once in Israel.

Located on Israel’s Mediterranean coastline, Tel Aviv was rated by National Geographic as one of the top 10 best beach cities in the world! Take a walk in the sand at your choice of any of the city’s sixteen beaches.

After basking in the sun, there is no shortage of things to do in this vibrant, young and sophisticated city. Consider…

“We set a goal to bring new airlines to Israel, so I’m happy and congratulate WOW air, which is known for its long haul low cost flights, on its entry into Israel in cooperation with the Israeli tourism ministry,” says Yariv Levin, Israel Minister of Tourism. “I’m confident the launching of this new historic route will significantly increase the number of tourists traveling to Israel from Iceland, Canada and the US, and will also contribute to the unprecedented trend of growth in the number of tourists visiting Israel over the last number of months.”

It takes just about six hours to drive from one end of Israel to the other, so no need to limit your visit to Tel Aviv and the south of the country. Hike the Masada at sunrise, eat some falafel, check out a kibbutz or just stop for a kibbutz.