Fascinated by the idea of one of the world’s most wild and remote regions? Huge tortoises? Black-tipped sharks? Aldabra is for you.

Fascinated by the idea of one of the world’s most wild and remote regions? Huge tortoises? Black-tipped sharks? Aldabra is for you.

Far away from the Seychelles’ archipelago’s granitic inner islands, the atoll of Aldabra remains a mystery and a dream to many residents, reports the Seychelles News Agency (SNA). This inhospitable place is protected under Seychelles law and recognized as a UNESCO World Heritage site. And despite its lack of human activity, the atoll contains much to be amazed by.

The raised coral atoll is comprised mainly of the larger islands of Ile Picard (West Island), Polymnie, Malabar Island (Middle Island), and Grand Terre (South Island) which all surround a shallow lagoon teeming with black-tipped sharks, sea turtles, and manta rays in the center of the atoll.

The Seychelles Islands Foundation (SIF), which manages and protects the atoll that lies 1,120 kilometers southwest of the main island of Mahe, has helped to get to the bottom of Aldabra’s wonders. Here, SIF’s Aldabra Scientific Coordinator, April Burt, offers weird and wonderful facts about the unique atoll.

1. The atoll is considered one of the most biologically diverse and undisturbed raised coral atolls in the world, hence its UNESCO World Heritage site status.

The Aldabra atoll is comprised of ancient coral limestone that originally emerged as a fringing reef around a volcano. Due to its remoteness and inaccessibility, the atoll has remained largely untouched by humans and as such is an outstanding example of an oceanic island ecosystem in which evolutionary processes are still active.

The atoll is a refuge for over 400 endemic species and subspecies (including vertebrates, invertebrates, and plants) which are found nowhere else on Earth.

The fringing reef system and coral habitat are distinguished by their pristine state and the sheer abundance and size of species contained within them. 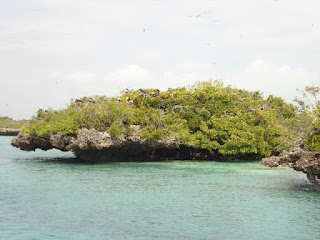 2. The atoll narrowly escaped becoming a Royal Air Force base and a BBC radio relay station in the 1960s until an outcry was led by the scientific community, all known as the “Aldabra Affair.”

In the 1960s, the British Ministry of Defense proposed constructing a Royal Air Force Staging Post at Aldabra for aircraft flying to the Far East. The BBC also proposed to locate its transmitting station on Picard Island.

But in July 1966, an expedition to the atoll including two scientists, Dr. C. A. Wright and Dr. David Stoddart, led to the publication of a report entitled “Conservation of Aldabra,” which caused general indignation among fellows of the Royal Society’s Southern Zone Research Committee.

In April 1967, the Society released a public memorandum to the Ministry of Defense, arguing that to build a military airfield on the atoll would be a biological disaster. Although the Royal Society garnered widespread support from the scientific community, the Minister of Defense’s reply stated that the ministry could give no assurances on the matter. The general outcry that followed is what came to be known as the “Aldabra Affair.”

On November 22, 4 days after the devaluation of the pound sterling, the British Prime Minister announced the government’s decision not to proceed with the proposals. The Society built a small research station on the atoll, and the Aldabra Research Committee was established. After Seychelles gained independence from the British, the Seychelles Islands Foundation (SIF) was established by presidential decree in 1979 to take over the management of Aldabra. 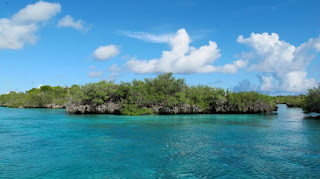 3. Its lagoon is so large that the main island of Seychelles, Mahé, could fit inside it.

One of the largest raised coral atolls in the world, Aldabra is 34 km long and 13 km wide. Its large and shallow lagoon, with an area of 196 kilometers square, is larger than the Seychelles main island, Mahé.

The lagoon is the heart of Aldabra, literally pumping life throughout the atoll. The channels allow the flow of millions of cubic meters of ocean to rush in and out of the lagoon twice every day. The flow of the tides has sculpted the limestone islets into strange mushroom-shaped pinnacles known as “champignon.” The tidal process and geomorphology of the atoll has developed a wide range of habitat types, some of which are unique to Aldabra. 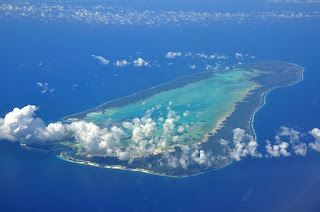 4. By the year 1900, the Aldabra giant tortoises on the atoll had been hunted almost to extinction, but today Aldabra boasts the largest population of giant tortoises anywhere in the world.

Historically, giant tortoises were the dominant herbivores on most of the islands of the Indian Ocean. All seven species that formerly lived on Madagascar, Mauritius, Réunion, and Rodriguez were exterminated by 1800 by early settlers and sailors who killed them for their meat.

After over 100 years of exploitation, the giant tortoise population on Aldabra was similarly in serious danger of becoming extinct. The situation continued until around 1900, when a British naturalist offered to pay half the atoll’s lease to anyone who could ensure that the exploitation of the tortoises would cease. Fortunately, Aldabra Giant tortoises are remarkably hardy and survive under extremely harsh conditions, so the population was able to rebound once exploitation finally ended. 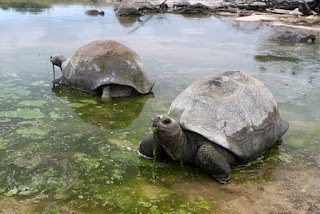 5. It has one of only two known oceanic breeding sites of greater flamingos in the world.

The substrate of Aldabra is comprised of old coral limestone, much of which is jagged and uneven. These areas link to the tidal channels, allowing water to filter into these depressions and creating inland pools of brackish water. These unique habitats stretch across large expanses of Grande Terre Island, supporting high levels of mud-dwelling marine invertebrates such as crabs and shrimps. This is why Aldabra is able to support a population of greater flamingos – one of only two oceanic breeding sites for the greater flamingo in the world. 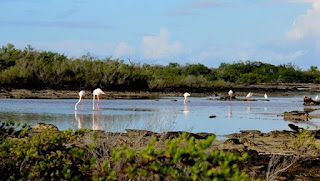