eTN this week attended FESTPAC hosted on the U.S. West Pacific island of Guam. It's a festival of cultures and people representing the beautiful Blue Continent, the Pacific Ocean.

eTN this week attended FESTPAC hosted on the U.S. West Pacific island of Guam. It’s a festival of cultures and people representing the beautiful Blue Continent, the Pacific Ocean.

eTN caught delegates from Wallis and Futuna entering the fully packed stadium in Guam celebrating the opening of the festival of Pacific art Culture and of course Tourism. Watch the eTN clip on YOUTUBE showing the delegation with a special performance representing this overseas french territory in the Pacific Ocean not known to many.

eTN reader, Malia Lie-Mackenzie, from Wallis and Futuna Islands, contacted eTurboNews and gave some insights on her part of the Pacific.

My native islands of Wallis and Futuna are a French overseas collectivity. This little-known corner of Polynesia lies between Fiji and Samoa, with Futuna almost as close to Vanula Levu as it is to Wallis.

This smallest of France’s three South Pacific territories is isolated from its neighbors geographically, culturally, and politically.

The only airline to serve the islands is Aircalin, (a French Caledonian airline) and as such, travel to and from is reasonably expensive. Aircalin operates three flights a week between Noumea (New Caledonia) and ‘Uvea (Wallis). The flights on Saturday and Monday afternoons pass through Nadi (if you are traveling from Australia or New Zealand, it is highly recommended you fly to Fiji first as it is significantly cheaper than flying with Aircalin from Nouméa), and the early morning flight on Wednesday morning arrives directly from Noumea. The flights leaving Wallis are on the same days, as the plane stops for little more than an hour before heading back to New Caledonia. Aircalin offers flights between Wallis and Futuna several times a week. It is advisable to book in advance as seats are limited to no more than 18 on the short 50-minute flight. François Hollande has promised that an airline between Wallis and Futuna will be created in 2018 because France wants the local population to accept its need to extract minerals and rare earths that were recently found in Wallis and Futuna’s Exclusive Economic Zone.

There are 14,000 inhabitants on Wallis and Futuna islands. They are mostly Polynesians, and the number of French expatriates is relatively small.

These two little-known, French-funded volcanic specks lie smack in the center of the Polynesia/Melanesia region. Wallis and Futuna, which lie 230 kilometers away from each other, are linked through French governance but that’s where the connection ceases. Wallis has ancestral connections with Tonga, while Futuna traces its roots to Samoa. This is evident in the languages, which are quite different although mutually comprehensible, as well as the Samoan-like tapa designs of the Futunans and the Tongan-influenced designs found around Wallis. The two islands remain competitive with each other, but Wallis, being more populous (around 10,750 residents) and the center of government, retains the upper hand. 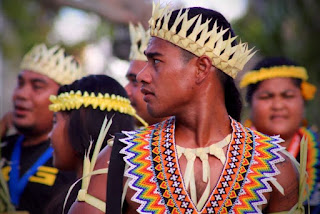 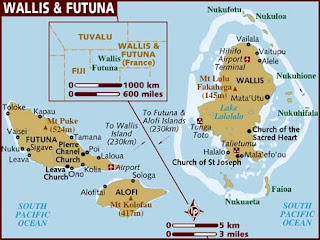 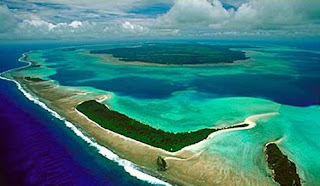 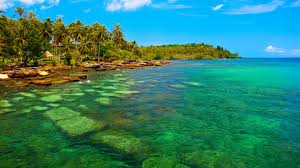 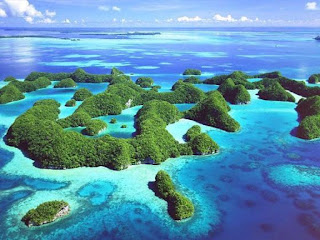 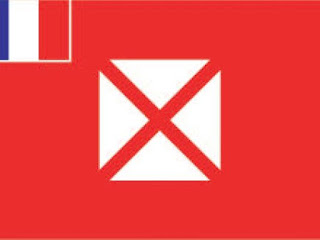 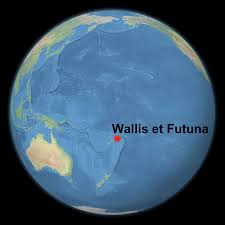 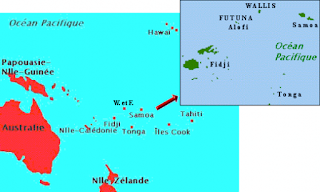 The two islands have three kingdoms – one in Wallis and two in Futuna. These kingdoms exist within the state of France.

Actually, there are three powers in this area: the French State, the Catholic Marist religion, and the Kingdoms.

There are many small islands around Wallis’ reef and one in Futuna (Alofi) with white sands which make this part of the world very attractive.

This part of France has their own rules and customs that the government of France respects.

The French High Commissioner in Noumea selects a senior administrator to control local bureaucracy from Mata-Utu on Wallis.

An elected territorial assembly with 20 members (13 from Wallis and 7 from Futuna) has limited legislative powers over local matters.

The policy-making territorial council is composed of the Lavelua (king) of Wallis, two kings of Futuna (the Tuisigave of SIgave and the Tuiagaifo of Alo), and three members appointed by the French administrator, who presides.

The three kings retain considerable influence, and every French administrator who has tried to challenge them has had to leave.

The territory elects a deputy and a senator to the French parliament in Paris. The traditional Polynesian monarchy and the Catholic church continue to be powerful forces in the islands.

All the marks of French colonialism are here, from overpaid European officials controlling functionless staff to little French gendarmes in round caps and shorts.

The territory buys a thousand times more than it sells. Torches, shells, and a few bags of taro are the only exports.

Wallis has historical ties to Tonga, and the remains of a fortified Tongan settlement in the south of Uvea recalls a Tongan invasion in the 15th century. The Futunans are related to the Samoans, and many Samoan cultural attributes, including tapa making and kava drinking, are present.

Reading some of the feedback on travel boards:

Both Wallis and Fortuna have very little to offer the tourist. There is absolutely nothing to see but lush greenery and well-kept gardens especially on Wallis, says one visitor. As we have seen most of the countries in the South Pacific, these two are amongst the few we had not seen.

Of course the other problem with these islands is one has to be able to speak French. Lucky there is always someone who can speak some broken English. Not over a couple of dozen English speakers travel to these islands each year.

Wallis was by far the better of the two islands.

As we stayed over Easter we attended a church service which was simply beautiful.

If, like us, you just want to see the countries in the South Pacific but want to chill out and do nothing, here is the place to come to.

Don’t expect cell phone reception in Wallis. There are no ATMs at major commercial sites nor did I remember seeing one at the airport. The currency you will need is the South Pacific Franc (about 100 to $1).

As is usual with the Pacific, the flights were constantly being cancelled, rescheduled, and then cancelled all over again.