As the annual Seychelles Carnival, aka Carnaval International de Victoria, is getting into gear – the official opening ceremony will be held tomorrow night at the Stade Popiler in the presence of Pres

As the annual Seychelles Carnival, aka Carnaval International de Victoria, is getting into gear – the official opening ceremony will be held tomorrow night at the Stade Popiler in the presence of President James Alix Michel – earlier this evening the traditional pre-festival media briefing and press conference took place.

This was followed by the official opening of the latest hotel on the main island of Mahe, the 40 chalets Carana Beach, owned by one of the country’s most eminent tourism business families, the Masons. 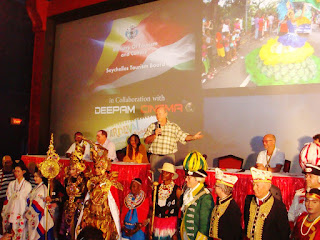 Before the press conference got underway, Tourism Minister Alain St. Ange invited representatives of the 23 foreign carnival troupes to the stage to introduce them to the 124 media house representatives who had come to Victoria this year to cover the carnival festival.

In his opening remarks, the Minister said that after the record year of 2015, when arrival numbers rose by 19 percent on a year-on-year basis with over 275,000 visitors coming to the islands by air and cruise liners, the year 2016 – in spite of various global challenges – for the first 3 months already was another 11 percent ahead of 2015. These figures just revealed indicate that whatever the secret of success of the Seychelles marketing juggernaut is, it is working and working exceedingly well.

He also confirmed that another major European airline was planning to commence flights to Mahe by October 31 of this year but declined to mention the carriers name.

Minister St.Ange said: “It took the Seychelles 40 years to reach 130,000 arrivals, and in the space of the past 7 years we more than doubled that figure. It shows we are doing something right. When a market goes soft, like after Paris, we are now able to accelerate growth from other marketplaces. This development must be safeguarded.” 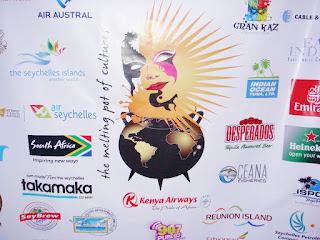 Other panel members on the podium, which included South Africa’s Tourism Minister, Derek Hanekom; the CEO of the Seychelles Tourism Board, Ms. Sherin Naiken; the CEO of the Vanilla Islands Organization, Mr. Pascal Viroleau; and the CEOs of Air Seychelles and Airtel, two of the main sponsors of the event, also answered pertinent questions. Mr. Roy Kinnear, CEO of Air Seychelles, in fact hinted that as load factors across the network kept rising, consideration was now being given to adding another jet aircraft to the fleet, to meet the sharp rise in demand and cater to new routes.

Mr. Viroleau emphasized the Vanilla Island Organization’s efforts to attract the world’s leading cruise lines to this part of the Indian Ocean again, a fact reaffirmed by Minister St.Ange who confirmed that 2 mega cruise ships had called on Port Victoria over the past 2 weeks.

The assembled international media and local dignitaries were then treated to the world premiere of the film “Aldabra, Once Upon An Island” featuring the Seychelles’ second UNESCO World Heritage site after the Vallee de Mai on the archipelago’s second largest island of Praslin. Located nearly 1,000 kilometers south of Mahe is the Aldabra atoll, often described as the Galapagos of the Indian Ocean, closer to Madagascar and Mauritius than to the capital, Victoria.