OTM 2016 ends on a hugely upbeat note from global sellers

After three days of hustle and bustle on the show floor, OTM 2016, India’s biggest outbound travel mart, ended on an upbeat note with exhibiting companies armed with greater enthusiasm for a strong

After three days of hustle and bustle on the show floor, OTM 2016, India’s biggest outbound travel mart, ended on an upbeat note with exhibiting companies armed with greater enthusiasm for a strong start to 2016 for the best of world tourism in the India market. 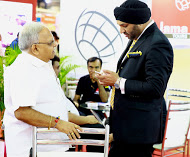 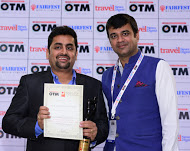 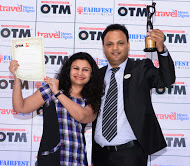 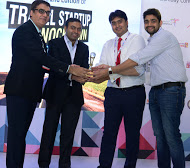 Perfectly complementing their international counterparts, many Indian destinations such as Uttarakhand, Maharashtra, Jammu & Kashmir, Gujarat, West Bengal, Himachal Pradesh, Odisha and many other states were present with large number of sellers from each, to showcase India at its best.

The United Arab Emirates (UAE) is also eyeing big on India’s outbound tourism potential. Highly placed representatives of the UAE’s travel and tourism industry under the umbrella of National Council of Tourism and Antiquities (NCTA) discussed its India-specific tourism promotion plans during OTM 2016 in Mumbai. For the very first time in trade show history, the United Arab Emirates led their participation with all its 7 emirates – Abu Dhabi, Ajman, Dubai, Fujairah, Ras al-Khaimah, Sharjah and Umm al-Quwain – making them the largest destination exhibitor in OTM 2016.

H.E. Sultan Mohamed Bin Khadin, Acting Consul, the UAE Embassy in India, who was present on the occasion said, “The UAE has trade and cultural ties with India since ages. We want to strengthen these ties further and foresee a substantial growth in the number of tourist footfalls in the near future.”

Speaking about Visit UAE participation, Abdulla Al Hammadi, Director – Marketing & Overseas Promotions of NCTA (UAE) said: “OTM is a very good show. We are getting lots of enquiries. Our co-participants are also getting very nice results. We are looking for more tourists from India to the United Arab Emirates. We plan to do big campaign in the near future and we will be participating in OTM 2017 as well.”

OTM 2016 offered a great opportunity for international exhibitors to showcase their travel and tourism capabilities at length. For instance, Hong Kong, Macao and Shenzhen exhibited their prowess to the audience. Said Peter Hoslin, Regional Director, Europe and New Markets for the Hong Kong Tourism Board: “Hong Kong, Macao and Shenzhen are becoming popular with the Indian travellers. Participating for the first time in OTM, the three-NTO pavilion provided us a business platform to introduce the collective strengths and the variety of experiences to our valued travel trade partners and Indian travellers.”

Major sponsor of OTM 2016, Wonderful Indonesia is extremely satisfied with the event turnout, especially from the great exposures given to the branding of Wonderful Indonesia throughout the exhibition halls. The Ministry of Tourism, Republic of Indonesia is confident with an increase of tourist arrivals from India to Indonesia this year, said Rita Sophia, Deputy Director from Ministry who led a delegation of 20 private sector companies to OTM 2016.

The Tourism Authority of Thailand has been participating in OTM for the last six years and has never been disappointed with the return on their investments. The TAT hopes to achieve 1.10 million Indian visitor arrivals to the Kingdom by the end of 2016 and an increase of tourism spending from this source market by 8%. The special attendance of Her Excellency Kobkarn Wattanavrangkul, Minister for Tourism and Sports as OTM’s chief of guests at the inaugural ceremony underscores a firm commitment for the Kingdom’s continuous pursue of the many untapped opportunities arising from Thailand’s second tier cities and new market segments.

While the global tourism industry is bullish on India’s growth story, off-beat and small countries like Rwanda, Romania, Fiji, Bhutan, Egypt, Maldives, etc. are also attempting to ride on the bandwagon believing in India’s outbound tourism potential. For instance, a tiny country like Rwanda, which had 14,000 tourists from India in 2015, is now expecting about 35% increase in its Indian tourist arrivals in the coming year. Said Joseph Kabakeza, First Counsellor & Deputy Head of Mission, at the High Commission of The Republic of Rwanda: “India is the second target tourist destination after China and recognising the potential, the Rwanda Tourism Department has been promoting their offerings in India in a big way.”

Another example is Bhutan where 80,000 tourists visited Bhutan in 2015, the country is now expecting the footfalls to rise to 1,30,000 to 1,50,000. Romania is also expecting about 10% rise in tourist footfalls from India in 2016. Israel is also coming in a big way on international tourism circuits and for it, India is a promising destination. With Israel’s Ministry of Tourism’s Country Office in India, Israel is turning no stone unturned to attract tourists from India.

Participating in their first ever India travel trade show, Spanish-based RIU Hotels and Resorts and Thailand-based Travel Motivations have both reported great satisfaction on their selection of OTM 2016.

According to Petra Skopalov, Director of Business Development for Asia, Riu Hotels & Resorts, trade buyers and visitors have continuously visited her booth from the very start of OTM 2016 with a good number of local Mumbai-based trade professionals bussing around the show floor on the second afternoon. With 150 hotels worldwide, Riu Hotels & Resorts is making its expansion into Asia with new hotels in Mauritius and Sri Lanka. Skopalov is confident that her many business meetings conducted at OTM 2016 will help increase Riu’s brand awareness and attract eloquent Indian travellers to experience first-hand in its all-inclusive 24×7 concept hospitality.

In this three-day B2B trade show, more than a thousand sellers from 50 participating destinations met over 6,000 buyers on the exhibition floor. Side by side the trade exhibition, there was a host of innovative events took place to discuss emerging trends in the travel business: [email protected], #StartupKnockDown, Shoot at Site @ OTM, Buyer-Seller Speed Networking, India’s Top 100 Travel Producers Award, and Responsible Tourism @ OTM.

Speaking about the significance of OTM 2016, explained Sanjiv Agarwal, Chairman and CEO, Fairfest Media Limited – the organisers of OTM, “Technology, digital marketing, and social media are more and more enabling travel organisations from tourist boards to hotels, tour operators and tourist attractions to market to targeted consumers domestically and globally. In partnership with travel-tech media platform, TravHQ, we have successfully created India’s first and only specialised tourism-based business-technology platform, [email protected], aimed at connecting technology solution providers with our colleagues in the travel industry.”

The event also saw panel discussions on important topics such as ‘How to leverage content and online influencer relationships for travel industry’. In the presence of the Head of Travel Business at Google India, venture capitalists and a corporate strategist from leading travel company Cox & Kings, the unique workshop on #StartupKnockDown was conducted to provide promising travel start-ups, the ultimate pitch deck to increase awareness and raise funds.

Unleashing the power of Film Tourism was the theme of the Shoot at Site @ OTM session where it was reported that the film industry is a major money-spinner for destinations on locations. It was reported that every dollar invested, the returns from film-induced tourism and film-based tourism can be measured up to 7 to 15 dollars. Global destinations such as Singapore, Switzerland and Spain have reaped these benefits from recent Indian film productions shot overseas. The film industry is urging their travel colleagues to convert red tapes to red carpets for win-win policies in simplifying the process, incentivising productions and co-promotions.

Buyer- Seller Speed Networking was a huge hit with two sessions designed to facilitate quick face-to-face matchmaking and appointments with the buyers to visit the sellers. Visit UAE Lounge was made available for this speed networking sessions.

Highlighting the role of tourism in ensuring sustainability, Responsible Tourism @ OTM theme was introduced with an awareness stand in the exhibition floor and audience-interactive presentation at the Tech Theater by partnering organisation Open Eyes Project & Responsible Tourism in India led by CEO & Founder, Anna Alma Torres.

Appreciating the industry’s confidence and as a gesture of its commitment, the event organiser Fairfest Media has locked-in firm dates for the next four OTMs at Bombay Exhibition & Convention Centre.

Here is what some of the industry leaders have to say about the OTM:

“Outbound travel from India is going strong, and OTM is the best platform for leveraging the potential of this segment. Every year hundreds of sellers from India and many countries congregate at OTM to reach out to high-quality outbound buyers and trade visitors. As the apex body for the outbound sector, OTOAI has been associated with OTM right since its inception, and we are very excited at the networking and business opportunities at OTM 2016.”

“All the travel agents, tour operators and hoteliers look forward to participate in OTM Mumbai in a big way. This year’s OTM has turned out as the biggest event with highest attendance and on behalf of the tourism industry I compliment the organisers for regularly organising this event for so many years in a very professional and successful manner.”