At a press conference on Monday, October 26, the carrier announced that the sandcastle had broken the current GUINNESS WORLD RECORDS title which stands at 41 ft. 3.67 in. The new record now stands at 45 ft. 10.25 in. The sandcastle illustrates how Turkish Airlines will bridge Miami to the world through one-stop access to more than 278 destinations.

The sandcastle required more than 1,800 tons of sand and took approximately 2 weeks to complete. Nineteen sculptors from around the world gathered to build the more than 45 feet tall, 4,500 square foot sandcastle. The verification of the height took place on Oct. 26. 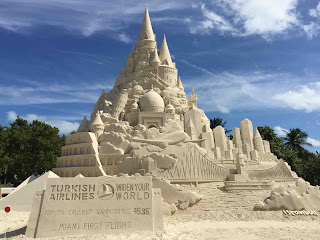 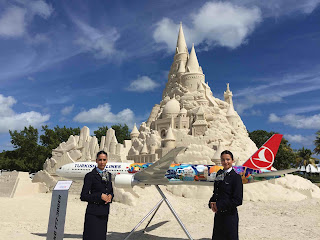 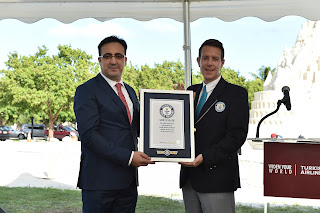