The Czech Republic is not just home to world-famous beer. Vines grow on the sunny slopes of Central Bohemia and South Moravia that produce premium wine every year.

The Czech Republic is not just home to world-famous beer. Vines grow on the sunny slopes of Central Bohemia and South Moravia that produce premium wine every year. Head to the traditional autumn wine festivals or a few cozy wine cellars for a taste of the Czech Republic.

Fine Czech and international wines, local culinary specialties and face to face meetings with wine experts. This is the Český Krumlov Wine Festival, which will be held from 30 October to 29 November. You can look forward to the opening ceremony, including the planting of a new vineyard, which takes place on 6 November. Five days later, on 11 November at exactly 11 minutes after 11 o’clock in the morning, the first bottle of St. Martin’s wine will be opened – the first wine from this year’s harvest with its typical light fruity taste, which you can use to toast the tradition of the Feast of Saint Martin on 11 November. These wines mature in just a few weeks, but it’s enough time to develop their own individual character. The Castle Wine Festival, which take places on 21 November, offers you a unique opportunity to taste various Czech and foreign wines in the charming scenery of Český Krumlov Castle. Take some time to walk through the labyrinth of streets of Český Krumlov so that you don’t miss a unique opportunity to experience one of the 12 Czech sites included on the UNESCO World Heritage List.

The city of wine, Mikulov in South Moravia, is again hosting a wine festival. From 6 to 15 November you can take part in the celebration of St. Martin’s fermented “young” wine, which is available in local restaurants. On the menu will be the traditional goose with sauerkraut or Moravian sweet cakes. Mikulov Square will turn into a crafts fair during the weekend, with a program given over to history and folklore. Children will have a field day with all the theatrical fairy tales and historical performances being prepared for them. On 11 November St. Martin himself will arrive at the festival on his white horse (according to legend, his arrival on a white horse symbolizes the first snow and the coming of winter) and take part in the ceremonial opening of the first St. Martin’s wines. You can also attend the Sanctification of Wine, which will be held on 13 November at Mikulov Château. In addition to blessing the young wines, the program will offer fresh samples to taste. 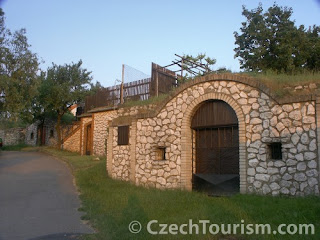 Wine lovers traditionally gather on Freedom Square in Brno on St. Martin’s Day to try the first wines of the year. St. Martin’s degustation and the accompanying ceremonial opening of the first bottle will be held at 11 o’clock in the morning. You will be able to taste up to 100 samples of young wine in the center of the South Moravian metropolis. Wine can also be purchased at bargain prices from the attending winemakers.

Nature trail across the Pavlov vineyards and wine cellars

You don’t have to go to wine festivals for Czech wine. You can also embark on nature trails to get a look at how this delicious beverage is produced. The Pavlov region of South Moravia offers, for example, a three-kilometer trail with seven stops that lead you to the places where the wine of Pavlov is made. You can learn about the local winegrowing tradition, the history of Pavlov wineries, and you will be introduced to the different varieties grown on the local slopes. After your excursion, head over to one of the local wine cellars, where you can not only try the wine, but also buy it. 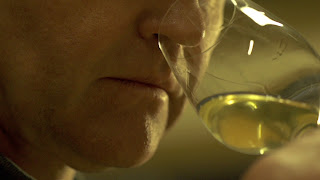 For wine, go to the area of Lednice-Valtice in South Moravia. You can set out on a five-kilometer nature trail that begins near Valtice Château on foot or by bike. You can stop at 19 points with trilingual information panels that explain more about the Valtice vineyards and the everyday working life of the winemakers. On Reistna hilltop, the highest point of the nature trail, you can view the entire Lednice-Valtice area from a romantic colonnade, the uniqueness of which has earned it a place on the UNESCO World Heritage List. You can finish your stroll in Valtice with a visit to any of the many family wine cellars.