INDIA (eTN) – The land of a thousand suns and the world’s largest democracy; home to 32 World Heritage sites and 22 official languages with 13 scripts; bustling with color, contrast, and charisma tend

INDIA (eTN) – The land of a thousand suns and the world’s largest democracy; home to 32 World Heritage sites and 22 official languages with 13 scripts; bustling with color, contrast, and charisma tenders a unique unparalleled experience that time cannot wither away. Robyn Davidson, author of “Desert Places,” sums it rather artfully, “…with each return I discover a new India, which contains memories of the previous ones, fixed, like props, from the theatre of the past.” Conviviality, warmth, and openness is what current-day India is all about, while an eternal tradition and hospitality lives on.

The map of India resembles a mammoth diamond with the spectacular Himalayan mountain range in the northern part acting as a natural barrier, thereby, detaching it from its neighbors. Lying hidden within are mesmerizing breaks of dawn, verdant valleys, an assortment of flora and fauna, serpentine rivers, myriad confluences, paths that meander, quaint customs, lucid religious influences, tranquil lifestyles, and brilliant sunsets. Here, visitors may uncover the enigma of this expanse, where a host of activities like mountain trekking, hiking and biking, rock climbing, skiing, river rafting, jeep safaris, and monastery-hopping await the intrepid traveler. Some of the prominent regions include the land of high passes – Ladakh, the Zanskar Range, Lahaul, Spiti, and Kinnaur valley; and the Garhwal and Kumaon range in Northern India. Northeast Indian magical mountain ranges, with their pristine beauty and beguiling local culture, ensure this untouched part of India more than meets the needs of the intrepid wanderer. 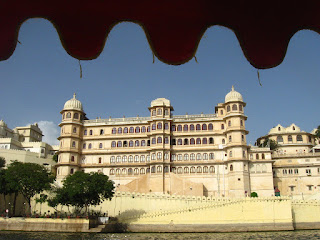 Moving south, the mountains slope out into the broad Indo-Gangetic plains, dominated by battle-scarred forts, opulent palaces, intricately-carved temples, densely-populated cities, and wildlife parks. Tourist attractions abound, drawing visitors from all across the globe. One of the wonders of the contemporary world – the Taj Mahal, a monument raised in marble to commemorate love – lies in the city of Agra, just 200 kilometers away from historic Delhi, the capital of India. The honey-colored mansions of Jurassic sandstone in Jaisalmer, bathing “ghats” at Varanasi, exquisite stone temples of Khajuraho and Ossian, sun temples at Modhera and Konarak, rolling sand dunes in the Thar desert, the medieval town of Bundi, an inimitable bird sanctuary at Bharatpur with over 300 varieties of resident and migratory birds, one of Asia’s refined tiger reserves, the Kanha National Park, and Udaipur’s amorous palaces and utopian lakes are but a few of the beguiling easily-accessible destinations that the stimulating plains of India have to proffer between the months of October to March when temperatures are at their asking best.

The east coast is surrounded by the Bay of Bengal, while the Arabian Sea encompasses the west, with the southern-most tip projecting into the Indian Ocean. The largely uninterrupted palm-fringed coastline of India stretches for over 7,000 kilometers, bringing in its wake sun-drenched beaches, palm-thatched roofs, infatuating lagoons and estuaries, alluring sea breezes, rickety fishing boats, and the unmistakable scent of the ocean. Cycling along the shore, sunbathing, catching up on a bestseller under the shade of a palm tree, or diving off the coast are “de rigueur” [fashionable] in Goa, known for its ebbing lifestyle. Kerala is recalled for its backwater rides, dense forests, and ancient dance forms, as well as the “tried and tested” ancient Ayurvedic forms of treatment comprised of herbal massages and medicines, concocted from natural herbs and the new balm for fevered souls. An archipelago of 36 islands, Lakshadweep is famed for corals and blue lagoons, making diving, snorkeling, and para-sailing an engaging daytime activity. Much of ancient India lives in the temple-rich state of Tamil Nadu, where strong influences of a Dravidian past still govern the daily lives of its people. 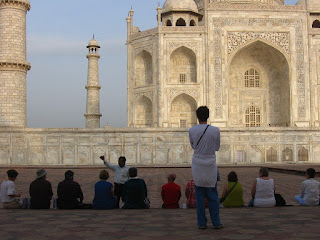 The seventh largest country in the world with a total area of 3.3 million square kilometers, has a varied topography and climate ranging from arctic to tropical, making it possible to visit at different periods for altered experiences. The duration of a stay can vary from two weeks to six months! Accommodation ranges from boutique-style properties and luxury hotels for tourists willing to splurge, to first-class and tourist-class hotels for average spenders. The avid backpacker can choose between dormitories, hostels, and budget hotels. Unconventional forms of lodging exist in the form of tree-top houses and rice boats in Kerala, to heritage hotels and palaces in Rajasthan and adjoining states. Also on offer, visitors may choose to get pampered in regal surroundings, replicating the lives of former “maharajas” [emperors], or opt to hear the call of the wild in forest lodges. One may choose to stay in a clean room with clean sheets, or rough it out among peregrinators in a dormitory; the selection is up to the visitor. Indian cuisine is as varied as its languages, each designed to suit that exalted organ – the tongue. Besides universally-acclaimed chicken tikkas and tandoori, there are umpteen local choices, both vegetarian as well as non-vegetarian. And yes, most metros have international cuisines including the ubiquitous Chinese take-out. Though alcoholic beverages are available in most parts of India, anytime is tea time in India!

Being a long-haul destination, two weeks is an ideal period. When you decide to go, plan ahead and choose a particular region or activity that interests you most. Major international airports link India to the rest of the world at competitive air fares. Important hubs in India for international flights are located at Delhi, Mumbai, Chennai, Hyderabad, Bengaluru, Nagpur, Kolkatta, and Amritsar. The domestic air service network is well managed by Jet Airways, Indian Airlines, Vistara and low-cost carriers – Indigo, SpiceJet, and GoAir – with connections to all cities and many major towns. Book in advance to avail of low air fares which have defied inflation and become cheaper as compared to a few years ago. Serving over 10 million commuters, Indian Railways is the lifeline of India and offers a relaxing method of travel and the chance to discover India on wheels, if time is not a major hindrance. Traveling by private chauffeur-driven cars is the best option, should flexibility and convenience be a prime motive.

India is a “must-see” destination in the minds of many. For some, it’s a lifelong wish to gaze at the Taj Mahal at moonlight, for others it’s trying to sight a tiger in a forest reserve, and a few may have a spiritual quest for enlightenment, while many may want to experience its riveting culture and exotic beauty. When seen from a distance, the map of India bears strong resemblance to a person standing with arms outstretched. It’s a universal sign, symbolizing “welcome,” and is a perfect invitation to the land of delightful surprises.

The author, Hector Dsouza, is President and Proprietor of Lorient Travels in Mumbai, India.