Home » Latest News Articles » News » Shots fired in San Francisco: Christian and gay is not a match after the U.S. Supreme court ruling

Tourists and locals were celebrating today in cities across the United States with local LGBT communities after yesterday’s U.S. Supreme Court ruling making same-sex marriage a constitutional right. Some celebrations had been met by protesting Christian groups holding up signs across the street from gay bars saying “Fear God,” or “Are you born again?”

Initiatives like this were led by Republican leaders, like former Arkansas Governor and Republican presidential candidates Mike Huckabee. He said: “I will not acquiesce to an imperial court any more than our Founders acquiesced to an imperial British monarch. We must resist and reject judicial tyranny, not retreat.”

Texas Governor Abbott said in an official statement: “The Supreme Court has abandoned its role as an impartial judicial arbiter and has become an unelected nine-member legislature. Five Justices on the Supreme Court have imposed on the entire country their personal views on an issue that the Constitution and the Court’s previous decisions reserve to the people of the States.”

“As I have done in the past, I will continue to defend the religious liberties of all Texans—including those whose conscience dictates that marriage is only the union of one man and one woman. Later today, I will be issuing a directive to state agencies instructing them to prioritize the protection of Texans’ religious liberties.”

It appears the argument about civil rights for LGBT is turning into an argument of Christianity. Many leading members of the U.S. Republican party feel the Supreme Court decision could turn into a violation of Christian’s civil rights. Apparently there is no room for a gay married person to also be a Christian. 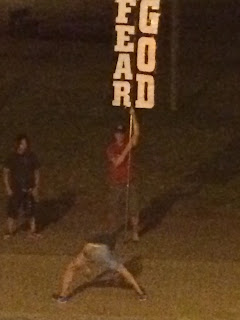 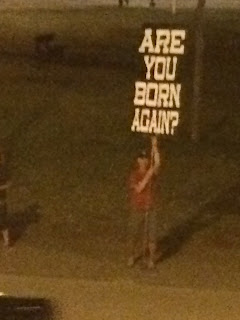 In San Francisco today at the end of a local Gay Pride festival, the event turned bloody when San Francisco police had to respond to emergency calls of a shooting in the area of United Nations Plaza just as celebrations were winding down.

Police said two people were taken into custody. One victim was transported to a hospital with a gunshot wound, 2 people were detained at scene

A cell phone video that appears to have been recorded near the scene of the shooting shows a group of young men arguing when shots ring out. People can be heard screaming in the background.

The victim of San Francisco Pride Festival shooting was an innocent bystander passing 2 groups of arguing men. He is a 64-year-old straight man and was shot in his arm by another straight man.