The travel and tourism industry in Sudan is almost untouched. One of the often unknown niches is wrestling in Sudan.

The travel and tourism industry in Sudan is almost untouched. One of the often unknown niches is wrestling in Sudan.

The sport of wrestling has been known among the young in Sudan since ancient times, and it differs a bit from the world-reknowned wrestling. As an organized sport, having its regulations and laws was only in recent times, and such an organized sport is found in the southern and western Sudan. It was originally exercised by the youth so as to win the affection of their lasses, since the winner is looked at as a great hero.

Now, it is carried out in Khartoum, the capital of Sudan, during the official holidays by the organization of the Wrestling Association, as well as in Juba, the capital of the country of South Sudan, and at its original areas in the west and the south during autumn seasons and at harvest.

The wrestler of each team is given full care and attention prior to his match, where he will be housed in a comfortable accommodation, given delicious food and drinks, and served by experienced men. Normally the matches are run in the afternoons nearby the big markets where the villagers from the surrounding areas come to visit.

The one who succeeds in overthrowing his competitor is automatically gains the applause and love of the audience, the girls in particular, and then will be carried home in a procession with chanting which usually starts before the beginning of the competition by the beautiful girls. 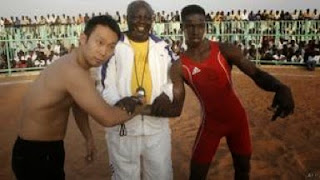 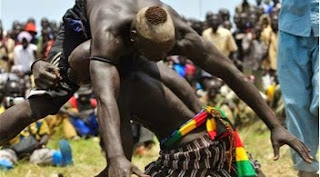 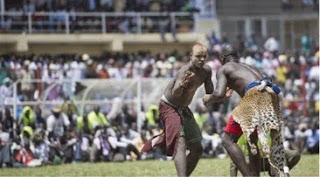 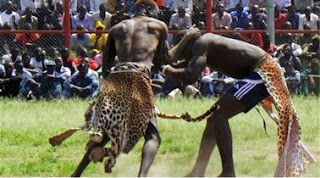 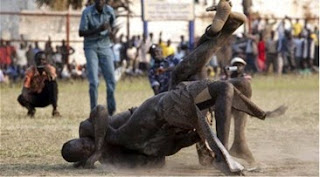 Japanese diplomat, Yasso Hirro Moro, 33 years old, joined the arena of wrestling in Khartoum three time where two of the wrestling bouts were versus one wrestler, although he knows the differences between the Japanese wrestling and the Sudanese one.

Mr. Moro stated the importance of sports in promoting bilateral relations and peace worldwide, which was received with overwhelming clapping and applause.