Alan Donovan and his supporters will no doubt be sleeping better after the latest Kenya Gazette of January 23 – the gazette is the government’s official notification organization which makes laws and public service announcements “legal” – published a notice declaring the African Heritage House a national monument.

Long seen as one of Kenya’s foremost modern-day architectural treasures, home to the arguably widest private collection of African art and treasures, the house was long under threat of demolition to make way for the new standard gauge railway.

Efforts to scare and intimidate Alan Donovan went as far as some purported Chinese construction company workers (China Road and Bridges), in the presence of uniformed Kenyan policemen, who tried to bully Alan at his own front door. The dual outcome of that attempt was that Alan had to be hospitalized to be treated for hypertension and dangerously high blood pressure, while on the upside it helped to galvanize support to preserve his life’s work.

Numerous petitions were floated, signed, and delivered, and a number of highly-publicized articles published in support of the African Heritage House.

The origins of the house go back to the early days after independence when Kenya’s first Vice President, Joseph Murumbi, and Alan met and teamed up to preserve the personal collection of Murumbi and give it a place in Kenya for future generations to see and enjoy.

Reactions among Kenyans was swift and overwhelmingly positive when it became more widely known earlier this week that the Cabinet Secretary for Culture and Sports had elevated the African Heritage House into the ranks of national monuments, no doubt taking into account the public mood and wide support for Donovan.

“This is a big win for conservation of national art and treasures. The new railway played their cards very badly in this case. Intimidation failed, nearly killed Alan through his high blood pressure, but ultimately failed. If these Chinese had any sense, they would have engaged with them and considered the alternative routes which bypass the house. Even now the present railway is between the house and the national park. But it is obvious they thought they had protection and could bulldoze anything in their way from buildings to the voices of reason. Well they failed. It is another PR disaster for the Chinese. They already have a sullied reputation over poaching and other bad practices. Perhaps they learned a lesson from how Kenyans can unite for a good cause and defeat bad plans,” wrote one of the sources who initially tipped this correspondent off to the woes of the African Heritage House.

Plans are reportedly now underway to secure the long-term future of the house and the collections in it. The legacy of Murumbi and Donovan is clearly important for Kenya as a country and future generations, and from the grapevine talk comes that Alan is in talks with, among others, the National Museums of Kenya as well as foreign NGOs and foundations to strike a deal on how the newly-bestowed status of the house can become the basis for a renewed lease on life. 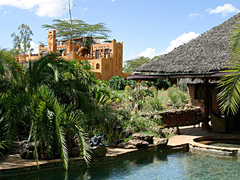 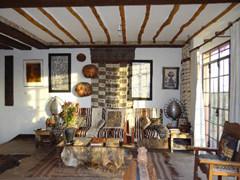